Here we are talking about Maithili Singers Name. In this Article You will Know Top and best Maithili singer. Now a days Maithili songs Going on. We research over Social Media, Talk related People, Find out Articles about Artist on Newspaper. Finally we decided to include 15 Artist on this post. All artist are Globally across Nepal and India. All singer are known for Sweets voice. Here is a list of some of the best Maithili Language Singers :

Sharda Sinha, She is the most popular singer of Maithili folk songs. She has been awarded the Padma Bhushan Award. Her Chhath festivals Songs and wedding songs are immortal. Place of Birth: Hulas Raghopur, Supaul District Vihar, India

Poonam Mishra is active in both traditional folk songs and modern. His songs are invariably heard during weddings in Mithila.This also shows his fame.

Kumkum Mishra, is often known in folk songs. He has made a special contribution to Sohar,Samdaun.

Anju Yadav, has been continuously in Maithili songs since childhood. It has become an example of his struggle and activism. Bhai Ji Shyamsundar Yadav has made a special contribution in making her a singer. Place of Birth: Khurhuria, Saptari District, Nepal

Priya Raj, active in both folk songs and modern songs from a political family , is active and beloved in the field of Maithili songs. She is inspired by her father Arun Singh.She was a contestant in TV reality show Sur Sangram, Bharat Ki Shan They were. Residence: Parsahi, Madhepura, Vihar Original and Traditional Songs: Honeymoon has come, Shiva will come down across

Jyoti Vishwakarma, is a very famous singer at a young age in the Mithila region of Nepal.

Shivani Bhagat , Chote entered song music influenced by her mother. He was also a contestant of Nepal Idol. He has a sweet voice that has fascinated everyone.

Maithili Thakur , He is Highlight s from India’s The Rising Star. He is currently the most searched for in Maithili music on Google. in Top Maithili singer Name list Maithili Thakur is a very popular Youths Singer name in Social media. But in the Rising Star, Maithili lost by 2 votes. He sings mostly folk songs. He has sung Maithili folk songs. Place of Birth: Benipatti, Vihar India Live Songs: Hey Siva Hey Siya

All artists Name List based on when they come in Maithili singing industries. there are No any judgment of any personality. Male artist Name list may be also include in next post. this is repeated post of Maithili Version of top 15 female Maithili singers name list.

Who is Famous Maithili singer ?

Sharda Sinha, Is Most Popular and Valuable Maithili Singer all time. Because she sang thousands of transitional and folk songs in Maithili and Bhojpuri. Awarded Padma Bhushan Bhushan for it.

Who are top Maithili Signers ?

Maithili is day by day growing language. when it’s coming though google translation. Maithili music is also growing fast maithili Artist are Produce Many songs but all song are not acceptable by Good society. so our list of Maithili singers Name can’t include them. 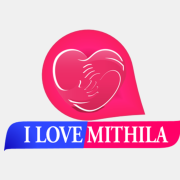